Do you offer accommodation or housing?

Student housing apartments come fully-furnished and each student will be provided with a twin size bed, mattress and mattress cover. Students will be responsible for providing their own bedding and using the new mattress cover provided. Washing of bedding will be the responsibility of the student. Billing for housing will be weekly in advance. 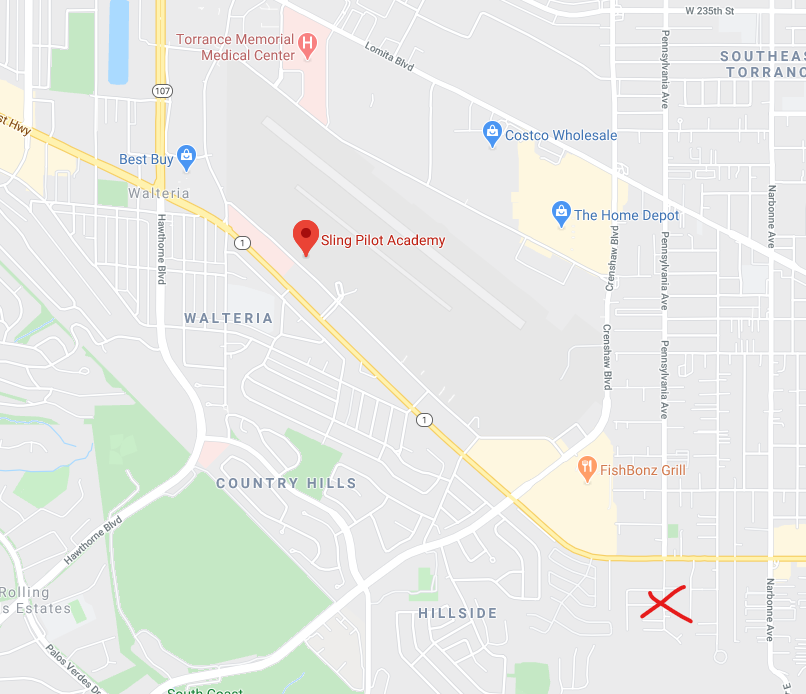 Using a Light-Sport Aircraft for Private, Instrument and Commercial Certificates?

Contrary to some legacy flight training thinking, Light-Sport Aircraft can in fact be used for both training and testing for the following ratings: Private Pilot ASEL, Instrument Airplane, CFI, CFII.

Breaking it down, here are some good reasons to get these ratings in a Sling LSA:

Great for Stick and Rudder Skill

Basic “stick and rudder” skill has (specifically the lack thereof) has been called out in many aviation accidents, including accidents with passenger airliners. The FAA and NTSB have identified shortcomings in basic pilot skill as contributors to quite a few incidents and accidents. The increase in the level of automation has played a part in this. Slings are ‘stick and rudder’ airplanes – they are stable and well-harmonized, but they require better positive aircraft control to be flown well, compared to legacy flight training airplanes such as the Cessna 172. The Cessna is a great platform for stable flight training, and can even forgive some imperfect landing approaches, whereas the Sling demands more finesse and “stick and rudder” skill. These are skills the FAA wants:

LSA’s, like the IFR-equipped Sling NGT, can be used for all Instrument training and for the Instrument checkride. The only reason they cannot be flown in actual IMC is that the ASTM Standards that LSA’s are designed to do not at this time have a standard for equipment for flight into IMC. This is in the works. As an aside, with the success of the ASTM standards process, the FAA has been working towards a similar process with its FAR Part 23 Certificate for small airplanes.

Keeping up with the times, the FAA recently (in 2018) changed the Commercial Pilot Requirement for 10 hours of “Complex” time to include training in a “Technically Advanced Airplane”. The FAA understands that managing systems (whether it be a landing gear control or a complex avionics system with an autopilot) teaches a pilot to cope with complexity that can be transferred to other complex airplane systems. So, since the Sling NGT is a TAA, a pilot can receive all the training and take the Commercial Pilot checkride in the Sling NGT.

At Sling Pilot Academy we introduce our pilots to the gear lever when they transfer to multi-engine training in our Tecnam P2006T Twins.

Training in a Sling NGT meets all the requirements for Airplane Single-Engine Land Certificates, makes you a better stick-and-rudder pilot, costs a lot less and is more fun!

How much does the course cost?

We have 2 courses, one starting from Zero Time and one Starting from a Private Pilot Certificate with at least 80 hours of total time.

What age do I need to be to join the Academy?

What is the maximum height and weight allowed to join the Academy?

Due to aircraft limitations, students taller than 6’3″ or weighing more than 220 lbs may not be able to train at SPA.

I have an existing foreign Private Pilot License – does this count?

FAA Validation of Foreign Certificate – good for visiting the US, not for adding ratings


A straight FAA validation of a foreign PPL is quite easy and requires some paperwork and a meeting at a US FSDO. However, this results in an FAA Pilot certificate ‘issued on the basis of a foreign certificate’. This certificate requires the foreign PPL to be maintained and cannot be used to add on additional ratings (for example our Accelerated Course). Instructions are here:
https://www.faa.gov/licenses_certificates/airmen_certification/foreign_license_verification/

In order to add ratings to an FAA Pilot Certificate (for example to join our Accelerated Course) you need a regular FAA Pilot Certificate (not one based on a foreign certificate). For this you need to meet the experience requirements (log flight training in the areas required) and study/prepare for and take the the FAA Knowledge Test and Practical (oral/flight) Test with an FAA examiner or Designated Pilot Examiner. Luckily, most/all of your logged foreign time counts.

Sling Pilot Academy can help you through this process, which would look like this:

Once you have completed all of these steps you have an FAA Private Pilot Certificate and with that and at least 80 hours of total time you can join our 6-month Accelerated Program (“from Private”).

Do I need to be a US Citizen to join the Academy?

In order to join the Academy you need to be legally in the US and authorized to study. A current US Passport or US Birth Certificate is required, or if a foreign Citizen, a Permanent Resident card or a Visa that allows study.

At present we are unable to issue Student Visas.

Must I be able to speak English to join the Academy?

In order to obtain an FAA Airmen Certificate you must be able to fluently speak, read, write and understand the English language.

Is a Medical Certificate Required?

Make sure you can qualify for a First Class Airman’s Medical Certificate.

If you are serious about a career as a commercial pilot, you must first make sure that you are in a position to pass a first class medical.  The medical is performed by an Aeromedical Examiner (AME). You can find an AME near you at http://faa.gov/pilots/amelocator . Once you have found an AME you can complete the initial portion of the application at http://medxpress.faa.gov (FAA MedXpress).  Note: Please ensure your name on your medical certificate matches your drivers license exactly.